Joanne Holden of the USDA’s Nutrient Data Laboratory in Beltsville, Md., reported to the Chicago Tribune that the USDA has the world’s largest database with information on 100 nutrients for over 7500 foods.  The lab’s main purpose is to manage databases, including the USDA Nutrient Database for Standard Reference, the “gold standard” for nutritionists and the food industry.   The USDA database of 100 nutrients is remarkably small compared to the thousands of nutrients, like antioxidants and phytochemicals, that we now know exist.

The sources of calorie counting

The caloric value of a food or a food component may be determined by measuring the heat of combustion of the food in a bomb calorimeter and then multiplying the heat of combustion by correction factors for incomplete digestion and incomplete oxidation of the food in the body. In about 1900, Wilbur Olin Atwater and his associates at the Connecticut (Storrs) Agriculture Experiment Station, used this approach to determine the caloric values of a number of food components (i.e., the protein, fat, and carbohydrate isolated from various foods). They determined factors appropriate for individual foods or groups of foods, and they proposed the general caloric values of 4, 9 and 4 kcal per gram of dietary protein, fat, and carbohydrate respectively for application to the mixed American diet.

The conversion factors determined by Atwater and his associates (from 1900) remain in use today, and caloric values of foods are calculated using these factors. The caloric values reported in food composition tables are commonly estimated by first determining the approximate composition of each food (i.e., the water, protein, fat, carbohydrate, and ash contents) and then by multiplication of the amount of each energy-yielding component by the appropriate conversion factor.

The correction factors for caloric values do not account for variation of individual absorption, for the influences of an individuals intestinal bacteria on absorption (these change depending on history of travel, antibiotics and present diet), for variation in nutrient density of today’s foods compared to foods from those used in the Atwater research of 1900, for the exclusion of the several thousand nutrients that were unknown in 1900 but that were inadvertently included in the absorbable calories formula and really should not have been.

Consider that the formula for determining calories in food was determined in 1900. Nutrition density of foods was higher in 1900, when food was certainly less processed, more organic and more local (the USDA itself reported in 1999 that the nutrient densities of foods in America was half that of the 1950’s).  The number of known nutrients to science in 1900 was fewer than 16 (current science accepts several thousand nutrients and the USDA lab in Maryland is slowly increasing its nutrient database to just over 100).  Recent metabolic studies and observations, largely supported by and stimulated by blood sugar measurements within the world’s diabetic population, show great variation in how humans absorb food energy, or calories.  These combined factors lead to questioning how accurate, or more appropriately, how inaccurate the common calorie counts of food are.

Moreover, both meal timing and meal composition are steadily gaining in acceptance and validity in helping determine how efficiently (or inefficiently) calories are used by the body.  Ultimately, the validity and usefulness of calorie counts is questionable and certainly individual when compared to other lifestyle factors.

The Discomfort of too much “Comfort” Food 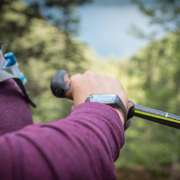 What is Intermittent Fasting and How to Do it Right 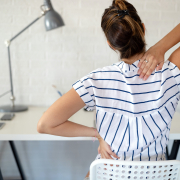 Q&A: Should I use a posture corrector or posture brace? 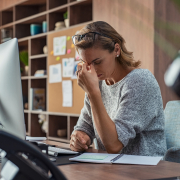 Q&A: What is inflammation, and how do I reduce it?

Holiday Health and Fitness Challenge: a wholesome head start for 2014

The Silent Thief
Stretching The Truth Hills, Hikes and Health in Baja
Scroll to top