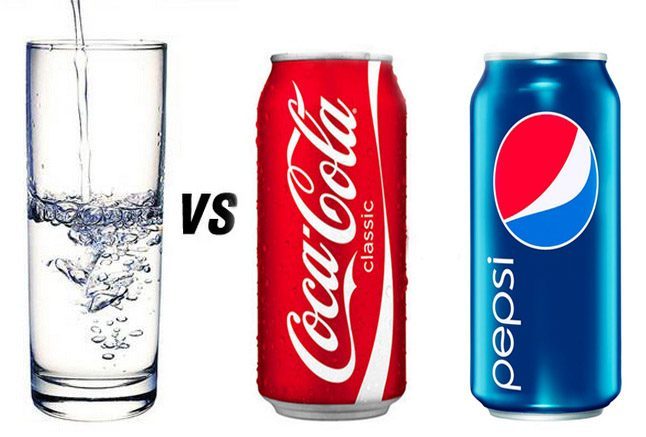 In the 1970s the makers of Pepsi Cola, started what was to become known as the “Cola Wars” when it launched a blind taste test campaign targeting the Coca-Cola Company. The concept was that average people would try the two sodas and choose one over the other.

Since then the two companies have engaged in many different marketing campaigns and today they own some of the most recognizable brands on the planet. In fact, 1.8 billion bottles of Coke are consumed around the world…every day!

However, with concerns of heart disease, obesity and diabetes on the rise, people are starting to rethink the types of liquids they consume. (Even the cola companies are starting to show concern judging by Coca-Cola’s recent obesity commercial.)

The fact is, no matter how the companies spin the message, their products will never touch water in terms of health benefits. Sure, water may not taste as sweet, but have a read of the following and decide what you’d rather drink: Coke or Pepsi…or water.

6 Healthy Travel Snacks That Are Prepackaged

Start Your Day with A Breakfast Parfait

Embracing an Attitude of Gratitude