Volkswagen, that clever German car manufacturer who brought us the Bug, is now peddling straight up, joyous, no strings attached, fun. Their fun theory is a clever marketing campaign that has nothing to do with their cars, and rather focuses on ways that people can add more fun to their lives.

The fun theory is based on the simple premise that fun is the easiest way to change people’s behaviour for the better. As such, the peeps at Volkswagen made a video that pits taking the escalator against taking the stairs. By making the stairs a fun experience they were able to move people away from the escalator.

Now that kind of change of behaviour reinforces exactly what James Levine, a researcher at the Mayo Clinic in Rochester Minn, has based a study in obesity on. The study examines how much people move and how much they don’t. 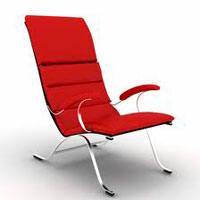 Dr. Levine investigated why do some people who consume the same amount of food as others gain more weight? What he found out was that the people who didn’t gain weight were unconsciously moving around more. The study prevented participants from actually exercising but the participants found other ways to move their bodies like taking the stairs, trotting down the hall to the water cooler, doing chores at home or simply fidgeting. On average, the subjects who gained weight sat two more hours per day than those who hadn’t.

When sitting, electrical activity in the muscles drop — “the muscles go as silent as those of a dead horse, leading to a cascade of harmful metabolic effects. Your calorie-burning rate immediately plunges to about one per minute, a third of what it would be if you got up and walked.

Read the full study at the NY Times

So find your fun and go do it! Get up from your desk and go fill your water bottle, take the stairs instead of the elevator, get out and dig in the garden. Whatever it is, just get out of your chair and do it. And if you’re having fun doing it, it’s likely that you’ll keep doing it. A sure way to increase your vitality, lose weight and be happy.

14 Hacks To Ensure the Best Travel/Trek Experience Ever

Holiday Gifts for Yourself: Part 1

Hypertension: How to prevent and manage high blood pressure

Trekking Poles: How to choose the right poles for you