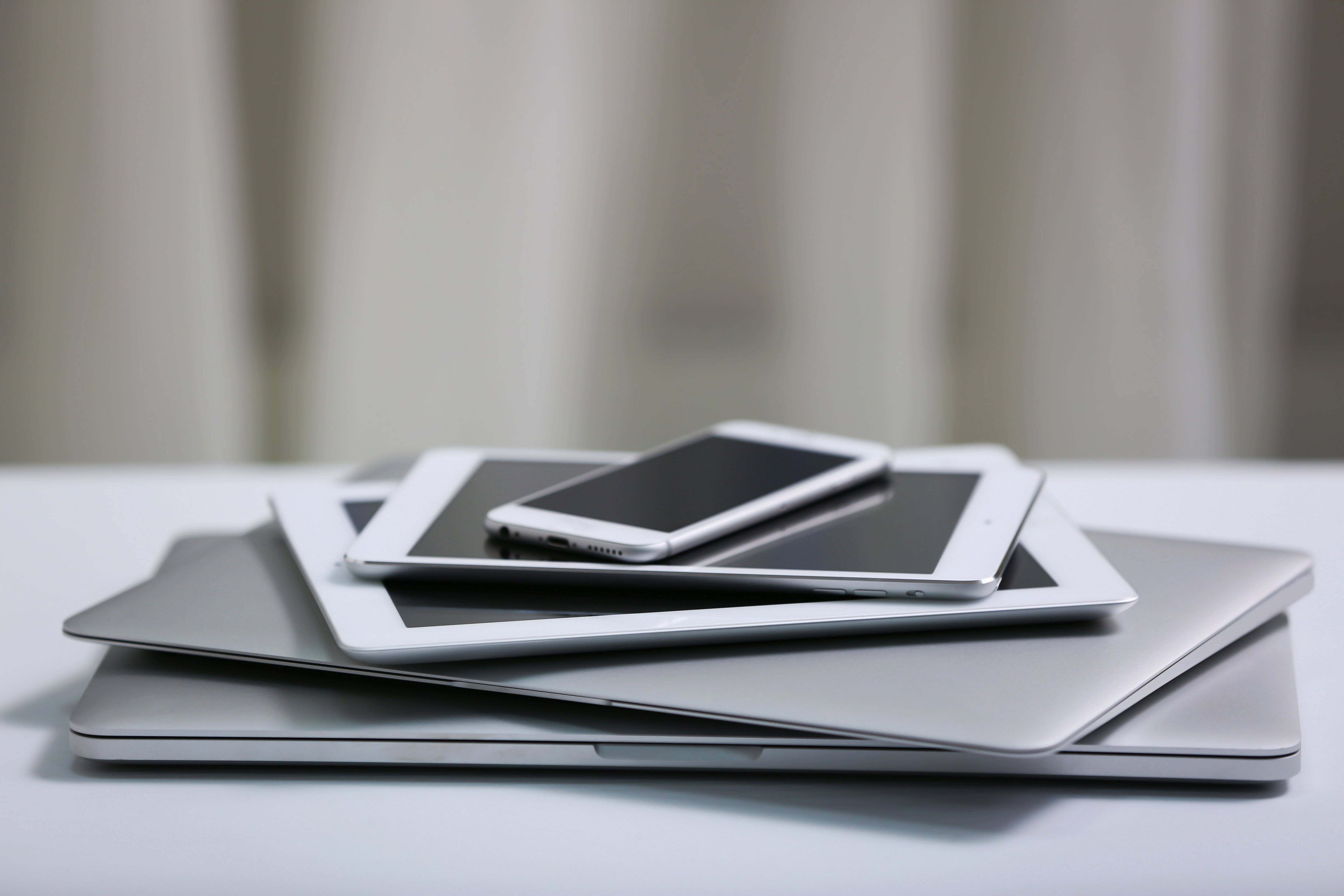 I’ve recently become a parent, and because of that, I feel justified in employing scare tactics to warn you of the dangers out there in the world. I’m not talking about the man in the van who looks like a clown. I’m talking about something that Albert Einstein saw coming 70 years ago when he said, “I fear the day that technology will surpass our human interaction, the world will have a generation of idiots.”

HP, the company that promises, “With our technology, you’ll reinvent your world,” just surveyed over 7,500 people in North America to learn about our relationship with technology, specifically our smartphone screens.

What HP found in a recent study:

63% think our digital lives and real lives are out of balance.

50% of couples have used their phones to ignore each other.

65% think it’s ok to check their phone during dinner.

40% admit they use their phones in public to avoid talking to others.

60% wish they could return to a time before social media.

91% would rather have 1 real friend than 100 online friends.

I could shake these stats off and pretend they don’t apply to me. But HP also found that parenting has gone digital and that 1 in 3 parents spend over 5 hours daily on their phone. A stat that requires just too many exclamation points to bother entering them.

Digital Use is Leading To Addiction, Depression, Suicide

I’m worried that if the day Einstein feared isn’t already here, it’s fast approaching. Selfies are up, relationships are down. Every day it seems like there is more connection, but less connecting. Engaging with the *actual* world is becoming overwhelmingly intimidating. And while this certainly might lead to a generation of idiots, we’re now realizing that the staggering amount of time we spend staring at a screen is also leading to a generation of anxious, depressed, and lonely souls. Einstein had no idea the extent of what this technology dependence would do to our psyche. How could he? Who could have predicted that global depression rates would increase 18.4% between 2005 and 2015 and suicide rates in the US would rise 24% between 1999 and 2014? And that governments would have to step in and impose curfews on gaming for minors to prevent addiction?

Our digital habits aren’t just wreaking psychological havoc – they’re physically harmful too. Sitting 10+ hours a day in front of screens leads to chronic inflammation, which has been proven to be the cause of many serious ailments and diseases, including cancer, heart disease, and dementia. Cell phones distract drivers from red lights, stop signs, children running across the road, and ultimately cause 1.6 million car accidents in the US every year. That’s one every 20 seconds. By the time you get to the end of this paragraph, there’s a chance someone just died texting and driving. That’s not okay.

If Einstein were to see the amount of time we spend glued to our screens would he really be that shocked? Or would he just say we are all now those “idiots” he theorized we’d become? By scrolling through an endless stream of emails and social feeds, inevitably comparing our lives to the highlights of everyone else’s, obviously deteriorates us physically and spikes our social anxiety. As a new mother, I feel it’s my duty to try and change our current course so that my daughter does not fulfill Einstein’s prophecy.

Be aware of your current usage

Just like a dietary detox, the first step in digitally detoxing is awareness. For instance, if you want to lose weight you have to look at what you’re putting into your body. Garbage in = garbage out. The same goes for your relationship with your devices.

Look at how you’re interacting with your devices by building a digital diet sheet. Record how much, how often, and when you’re on your phone, laptop, game console, or TV. Seeing those numbers will do half the detoxing work.

Tip: start with your smartphone and enable Screen Time on iOS and Digital Wellbeing on Android. These two stock features will give you a snapshot of how you currently use your smartphone. I personally like the stat about how many notifications you get each day. Each notification breaks your concentration on what you were doing, be it driving, chatting with a colleague, or playing with your child.

Most spend upwards of hours on social media weekly, let alone daily. Larry Rosen, psychology professor and author of The Distracted Mind, says “most people check their phones every 15 minutes or less, even if they have no alerts or notifications.” Don’t judge yourself. Don’t judge your numbers. Simply be aware.

Technology isn’t to be demonized by any means. It helped put a man on the moon and sequence the entire human genome. But the way it’s used today tends to keep people inside a bubble. Instead of simply inspiring or enabling us, it’s creating anxiety and tension. It needs to be rebalanced. Here are nine ways you can reprogram your relationship with technology.

Build “No Phone Zones” in your home

This could be the kitchen or the bedroom, places primed for human interaction and bond-building. Place baskets at the perimeters of these zones so you can physically leave your phone behind.

Set “No Technology Times” in your home

If you’re a culprit of looking at your phone before falling asleep or before your feet even touch the floor in the morning, leave it in the hallway when you go to sleep. Mountain Trek suggests stopping device-time at least one hour before bedtime to reduce blue light consumption, which is similar to the wavelength emitted by the sun and triggers our “rise and shine” cortisol stress hormone.

This way, you won’t feel anxious about people contacting you.

Notifications are the digital version of that person always bothering you. Mostly, they actually fuel potential symptoms of addiction by causing your heart rate to increase. Notifications let your phone control you, as opposed to how it should be, the other way around.

By making your phone less desirable to look at, you’ll be less tempted to tap around on it. Here are tutorials for iOS and Android

This way, you’ll have to intentionally seek out an app to use it, and, in doing so, you’ll cut down on the “accidental” time-sucks that happen when you mindlessly hold your phone.

Put a learning app like Duolingo or Elevate next to your social media apps, increasing your chance of skipping out on an hour-long social media binge. Learning is one of the best ways to satiate our mental needs.

When you go to a dinner party, or at least host your own, encourage the guests to stack their phones. This way, everyone will be less inclined to look at them; you don’t want to be the one who removes your device and makes the whole stack tumble down.

Don’t go all or nothing, because when you starve yourself of anything, your mind wants to go to the other extreme. Instead of deleting all your apps at the same time, try deleting Facebook first, then Instagram, and the list goes on. One habit for one day, then one week, then one month. The idea is to make your change a big priority and a small step.

The most delicious things in the world don’t taste so great after a few too many bites, and the same goes for digital consumption. But it’s hard to shake ourselves out of a stupor. It’s hard to “awake” once our brains have been habituated to scrolling on devices and apps literally engineered for addiction. Breaking the trance will be hard, but you don’t have to go at it alone. In fact, we suggest getting a friend or family member bought in on the idea as well.

For a full digital detox, come visit us in the lush mountains of British Columbia for a week of unplugging and resetting, physically, emotionally, and digitally!

Top 7 Reasons To Work Out With a Friend

Five Tips on How to Start Meditation

There are only TWO BAD FOODS