Everyone’s favorite breakfast beverage is suspect. Whether it’s coffee or tea, most North Americans are drinking a caffeinated beverage in the morning. By following this comforting ritual, your cup of caffeine can lead to difficulty losing weight.

The link between caffeine and weight gain was first identified in the late 1990s when Diabetes Education Centers reported seeing clients having unexplained and irregular blood sugars; 30% of people were more susceptible to weight gain than the rest of the population by the effects of caffeine consumption. It is unclear whether or not the reported effects of caffeine are due solely to the caffeine itself, or to a combination of other compounds that are always found in caffeine. This means, for some, even drinking a decaffeinated beverage still results in weight-gain; because although the caffeine is removed, other compounds are not.

One-third of the population who are more sensitive to caffeine consumption and weight gain, suffer one or more of the following:

These all potentially set up several feedback loops that are detrimental to weight loss.

Caffeine increases the release of the stress hormone cortisol for those who are already dealing with stress, or when our bodies are resting. This release of cortisol leads to low blood sugar, especially if you haven’t eaten any breakfast. Hypoglycemia then leads to food cravings.

Many people who start the day with coffee consume more food in the afternoon as a rebound effect. This creates a disproportionate consumption of calories and a concomitant insulin response that moves energy into fat storage. Those who are susceptible to hypoglycemia may find themselves consuming disproportionate calories at odd times as opposed to intermittently throughout the day. If a cup of coffee in the morning leaves you feeling satiated and not having an adequate breakfast, then you are enforcing a stress response. Thus making your next meal absorbed and stored as fat at a more efficient level.

Studies show that caffeine contributes to insulin resistance thus making it ineffective at moving sugars from your blood into your cells; this resistance is a precursor to diabetes. There is a link to increased fat storage as a result of your cells not receiving timely sugars from the blood. Your built-in defense mechanism is to store whatever energy your cells can instead of burning the energy. Insulin resistance has multiple undesirable effects related to metabolism, like weight gain and poor health. Insulin resistance is quite common in adults who are overweight. Since caffeine consumption will exacerbate this metabolic disorder further, monitoring the body’s reaction to caffeine is important. 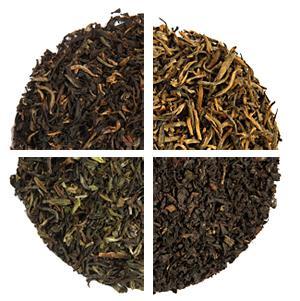 If consuming caffeine throughout your day is a consistent pattern then you are constantly running your body on an elevated level of cortisol. For some people, this leads to another level of food cravings, particularly for carbohydrates and sweets. As well, constant elevations of cortisol cause your body to destroy serotonin, thereby destroying dopamine, which is the neurotransmitter that allows you to feel good. Not only does this move more people into depressed moods, but it also sets up the second level of food cravings; the cravings for serotonin-producing foods. Serotonin-producing foods are carbohydrates and sweets. So if you’re experiencing the 3 pm crash while reaching for chocolate, it could be the coffee you drank with breakfast. Usually, the more caffeine consumed, the more your body urges you to eat.

About one-third of human beings have one or more of the above-listed mechanisms as part of our genetics and lifestyle. Repeated exposure for those who are more susceptible means it is hard to lose weight created by these mechanisms. The best advice is to enjoy your cup (or two) of caffeine daily and stick to a healthy nutrition plan. If you still aren’t reaching your goals, then try removing caffeine altogether.