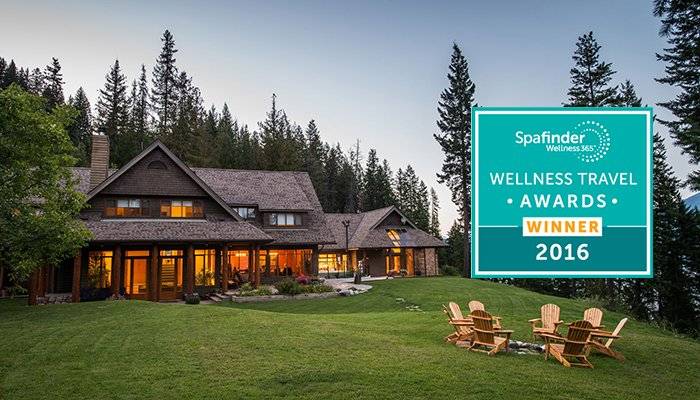 Recently Spafinder announced the results of its 3rd annual WTA awards, which recognize hotels, resorts, destination spas and retreats offering the best wellness vacations and experiences on six continents and in 41 countries. This year, 388 finalists competed for top honors, and consumers cast over 130,000 ballots for their favourite properties, more than twice as many as last year. Mountain Trek Fitness Retreat and Health Spa was recognized as the best health retreat in Canada and was also named #1 in the following categories for Canada:

“This has been a record-setting year for Mountain Trek in terms of the number of awards we've received, which means the benefits of our program and our lodge's incredible setting is truly being recognized," says Program Director Kirkland Shave. “And to be named Best in Canada by Spafinder is such an honour. We pride ourselves that we're a Canadian retreat located in one of the most beautiful areas of the country."

One of the reasons Mountain Trek received the award is because it's a boutique luxury fitness retreat and health spa program that guarantees results for its guests. The dynamic boot-camp-style retreat helps people of all fitness levels literally change their lives while immersed in the breathtaking beauty of British Columbia.

7 Tips to Help You Sleep Better

Holiday Health and Fitness Challenge: a wholesome head start for 2014

Why Potassium is so Important for your Body

24 Easy Ways to Fall into Fitness this Autumn